The missile was intercepted at around 8:30 pm by Israel’s Iron Dome aerial defense system.


Shortly after midnight – providing enough time for Gaza terrorists to evacuate their positions – the IAF attacked several targets in the enclave, including a Hamas weapons factory.

During the air strikes, Gaza terrorists fired anti-aircraft missiles at IAF combat planes, but failed to hit them, the IDF confirmed.

“In response to the launch from Gaza into Israel, we just targeted a Hamas weapons manufacturing site in Gaza,” the IDF said in a brief statement.

“The terrorist organization Hamas is responsible for all terror activity emanating from the Gaza Strip.”

One day earlier, on Sunday afternoon, Gaza terrorists also fired three rockets toward southern Israel, but none made it over the security fence into Israeli territory.

The IDF called that attempted attack an “false alarm.” 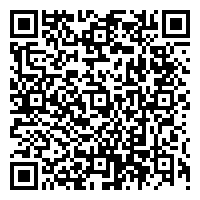