“Following the assessment of the situation by the chief of staff, we are currently rapidly transferring two brigades—infantry and armored corps—from training and from their division headquarters to the Southern Command area,” IDF Spokesperson, Brigadier General Ronen Manelis announced Monday morning.

“There is a focused mobilization of reservists to specific zones, and we are in full readiness for a wide range of scenarios,” the spokesperson added. The current round of reservists are from intelligence and air defense units.

The IDF is preparing to recruit thousands of reserve soldiers for the air defense, infantry and armor corps. This is a normal process which the army employs to prepare for a possible escalation in the south. It also indicates that the IDF is preparing for the possibility of a ground operation in the Gaza Strip.

“It was a serious incident of a direct hit at a home,” Manelis said. “A Hamas-manufactured rocket that reaches a range of over 120 kilometers (75 miles) was used. The attack was carried out by Hamas from its position in the Rafah area [in the southern Gaza Strip]. We hold Hamas responsible for everything that happens in and out of Gaza.”

Following the fired rocket, the Coordinator of Government Activities in the Territories announced the closure of the Erez and Kerem Shalom crossings and greater limits on the fishing area off the Gaza Strip.

“At this stage, the routine continues. As soon as there are changes, we will issue updates through the official IDF and Home Front Command platforms.”

It is not clear whether the IDF will retaliate before Prime Minister Netanyahu’s return from the US, following his afternoon meeting with President Trump. The flight to Israel will take about 10 hours. For now, schools remained open across Israel, which suggests that should the Netanyahu cabinet decide to launch a counter-attack, it will not begin earlier than Tuesday morning. 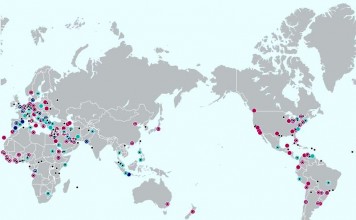