An explosive device that was found during the week by IDF soldiers near the security fence in the southern Gaza Strip was neutralized on Thursday morning, the IDF Spokesperson’s Office reported.

The terrorist squad that planted the device planned to harm IDF soldiers and disrupt the activity of the security forces operating in the area. The IDF soldiers thwarted the attempted attack, with no casualties or damage.

The placing of the explosive device by a terrorist cell under cover of the violent riots at the fence is further evidence that the Hamas terrorist organization is working to preserve the confrontation in the area of ​​the fence and to harm IDF soldiers, using Gaza Strip civilians as human shields as cover for terrorist activities.

The IDF is alert and ready to act against all terrorists that seek to harm Israeli security forces and defense infrastructures. 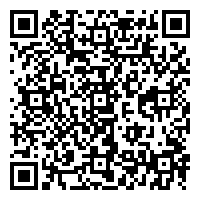