On Thursday morning, Israel’s Civil Administration for the liberated territories demolished five structures erected by Palestinian Authority agents near the condemned Bedouin village of Khan al-Ahmar. The village, located between Ma’aleh Adumim and Jerusalem, has been slated for demolition by the High Court of Justice.

The structures that were demolished on Thursday were located between Khan al-Ahmar and the nearby Jewish settlement of Kfar Adumim. They had been put in place over the past few days, to house PA agents outside the village. They were not being used by local residents, according to Ha’aretz.

The Civil Administration said that the structures were erected “by representatives of the Palestinian Authority in defiance of the High Court decision and against the enforcement of Israeli law in Area C.”

According to the Oslo peace deal, the Area C portion of Judea and Samaria is under complete Israeli control, both civil and military.

The Civil Administration stressed that it had not demolished the village—(as it should have done already, DI)—but rather the structures that had been erected over the weekend.

Last week, the High Court of Justice rejected the petition filed by residents of the Bedouin shantytown, which had been built on state land without permits. The court gave the state permission to carry out the demolition – which has yet to take place.

Here’s an amusing detail: a few months ago, in order to facilitate access for the heavy machinery required to demolish the Bedouin assortment of lean-tos and prefabs, the IDF Corps of Engineers paved access roads to Khan al-Ahmar, endowing it with a new aspect of permanence. Perhaps now the IDF will run water pipes and electricity to the place, to serve the Corp of Engineers soldiers while they’re demolishing it.

You think we’re kissing? The IDF actually erected a fence and a set of iron gates around the village, aiming to close the area off to rioters and their ramming vehicles during the evacuation – and meanwhile giving the place another much sought feature of permanence.

Of course, the only thing that would get rid of the illegal claimants for good would be the urban sprawl from Jerusalem, that would meet the town of Ma’aleh Adumim, creating a Jewish stretch of settlements that would forever deny a future, contiguous Palestinian State.

On Wednesday, PLO Executive Committee Chairman Saeb Erekat said he had appealed to the International Court of Justice in The Hague to start proceedings against Israel for its intention to evacuate the illegal Bedouin enclave. 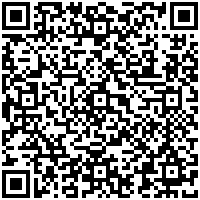