Senior defense officials on Sunday warned cabinet ministers against another round of fighting against Hamas in the Gaza Strip, Channel 2 News reported Tuesday night. In their assessment of the current worrisome situation in Gaza, the same official noted that the accumulation of recent events has been reminiscent of the state of things in Gaza just before the 2014 war. They suggested that Gaza is so volatile at the moment, that although Hamas is not interested in war, events on the ground could force them in that direction.

This assessment is based on a combination of factors: the humanitarian crisis in Gaza, resulting from the collapse of sewage and water systems and electric supply being limited to four hours a day; a particularly high rate of unemployment and the Hamas government’s failure to transfer salaries to its officials for several months; and the flow of funds from Qatar has also stopped; then there’s the disappointment of Gaza residents, who had expected a reconciliation agreement between Hamas and the Palestinian Authority – but not much is happening in that area so far.


And if all of the above is not enough to challenge the rule of law in Gaza, the defense senior officials added to the escalation President Trump’s recognition of Jerusalem as the capital of Israel, against which Hamas may feel obligated to take action or risk being left behind by smaller terror groups.

For now, Hamas is acting to curb the rogue factions firing the rockets at Israel – because each time they shoot, Israel punishes Hamas severely. However, each time Hamas acts against the jihadists, it harms its own reputation as a dedicated Islamic group – another reason to go to war, to defend its honor.

Finally, Israel’s clear technical ability to discover and destroy the Hamas terror tunnels has cut off an entire strategic option for Hamas, which may conclude that now may be its last chance to hurt Israel, before it is entirely caged in by its far superior foe.

The cabinet was unanimous in accepting the fact that things inside the Gaza Strip are so bad, Israel may pay a price should Gaza gets out of control – and its options to realistically relieve the crisis are very limited. 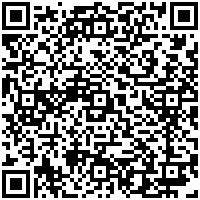