Transport Minister Yisrael Katz (Likud) on Tuesday approved the recommendations of the steering committee of Israel Railways, to establish the “Kotel” train station in the Cardo area of the Jewish Quarter of Jerusalem, a few dozen yards from the Western Wall. Minister Katz also decided to name it the Donald J. Trump station, after the American president who recognized Jerusalem as the capital of Israel, Yedioth Ahronoth reported.

According to the same report, the final outline of the railway project to the Western Wall would include an underground tunnel about two miles long, connecting the train station named after the late President Yitzhak Navon to the Western Wall. according to the plan, the tunnel will include two stations, at a depth of about 150 ft., the City Center station, to be built at the intersection of King George and Jaffa Streets, and the Donald Trump station.


The tunnel and the two new stations will be an extension of the express line between Tel Aviv and Jerusalem, where the ride is expected to take only 28 minutes, going through Ben Gurion Airport, Modi’in and the Binyanei Ha’ooma station at the entrance to the city.

“The Kotel is the holiest place for the Jewish people,” Minister Katz said on Tuesday, “and I decided to name the Kotel station after US President Donald Trump, in appreciation of his courageous and historic decision to recognize Jerusalem as the capital of the State of Israel.” 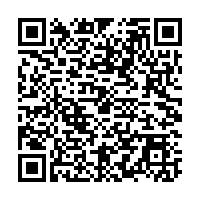