The Israel Defense Forces launched a counter attack against Gaza’s ruling Hamas terrorist fighters in the early hours of Wednesday morning as rocket fire continued to pepper the civilian communities of southern Israel.

Two explosions were heard in northern Gaza, with local sources reporting artillery fire from IDF tanks. An explosion was heard in the northeastern Gaza town of Beit Hanoun, followed up by the sounds of IDF artillery being aimed at the city’s agricultural college.

A Hamas field commander was allegedly one of the passengers in the vehicle, according to the report, which said the air strike took place in the Gaza town of Nuseirat.

Israeli military drones also struck two terrorist vehicles and a Hamas observation post in Gaza that was being used by a terrorist firebomb balloon squad to launch attacks on southern Israel.

The IDF has confirmed that Israeli fighter pilots carried out three air strikes in response to the ongoing arson kite and balloon bomb attacks emanating from Gaza.

However, no injuries were reported on the Gaza side. 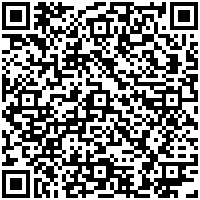