Israeli fighter jets struck several Hamas targets in the Gaza Strip on Monday night in response to cross-border arson attacks earlier in the day, the Israeli military said in a statement.

Among the sites hit were a weapons factory in Khan Younis, a tunnel shaft in Jabalya and an underground rocket-launching facility in Shuja’iyya, in close proximity to a school, according to the Israel Defense Forces.


During the Israeli strikes, machine-gun fire from Gaza into Israel was detected, and Israeli warplanes struck a tunnel in Khan Younis in response, said the IDF.

Also on Monday, the terrorist groups in Gaza announced that another border riot would be held on Wednesday, according to Kan. The riot is to take place next to the border fence near Khuza’a in Khan Yunis, opposite Kibbutz Nir Oz.

Israeli Border Police officer Sgt. Bar-El Hadaria Shmueli remained in critical condition on Tuesday, after suffering a gunshot wound to the head during a Palestinian border riot in the northern Gaza Strip on Saturday.

Shmueli, 21, from Be’er Ya’akov, was manning a firing port in a barrier at the border when he was shot in the head at close range by a Palestinian who had crept up on the the port from the side.

Following the incident, the IDF instituted a number of changes in deployment of forces along the border, including expanding the buffer zone along the border fence and changes to the fence itself. 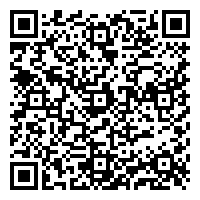