Israel continued to pound Gaza’s ruling Hamas terror organization throughout the night and into the wee hours of Sunday in response to ongoing rocket, mortar and missile fire aimed at southern Israel from the enclave.

Israeli fighter pilots struck a five-story building in the Shati section of the Rimal neighborhood in Gaza City that allegedly served as the “Palestinian National Library,” originally intended for use as a public building but converted instead by Hamas to an urban terrorist training base, complete with a tunnel dug beneath for specialize subterranean warfare training.


Local residents were warned in advance of the IDF air strike, according to the IDF Spokesperson.

“Before the strikes began, the IDF Arabic Spokesperson, Maj. Avichay Adraee sent out warnings to the civilians in the Gaza Strip in Arabic, warning them to stay away from areas where they know that terror activity is taking place,” he noted. Nevertheless, human shields continue to be used by the terrorist organization, and at least two children and a number of other Gaza civilians were hurt.

“Hamas continues to use civilian infrastructure for military purposes, thereby endangering its citizens,” the IDF Spokesperson pointed out.

“The battalion command’s entire infrastructure has been destroyed, vaporized, turned into a giant hole,” said Israel Defense Force Spokesperson Brigadier-General Ronen Manelis. “This attack displays the IDF’s advanced intelligence and operational capabilities and can be expanded as needed, in accordance with a situational assessment.”

The Israeli Air Force had carried out the most comprehensive daylight operation against Hamas since Operation Protective Edge in 2014 earlier in the day, striking some 40 targets across the Gaza Strip after first destroying two terrorist tunnels in northern and southern Gaza and other terror sites.

In the 24 hour period between Saturday and the early overnight hours of Sunday, Hamas fired nearly 200 rockets and mortar shells at southern Israel. The Iron Dome anti-missile defense system intercepted and shot down at least 30 of the missiles. Three Israelis — two young teenagers and a man in his 50s — were wounded in the attacks. All three were taken to Barzilai Medical Center in Ashkelon. 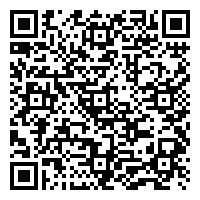