At 1:36 AM Saturday(Israeli time), families in southern Israel awoke to the sounds of red alert sirens calling them into their bomb shelters. Men, women, and children, had 15 seconds to run and seek shelter in the middle of the night. These rockets were continuously launched at these communities until 6:15 AM, and they began again at 1:14 PM and have remained ongoing as of the time of this article, 4:30 PM. Hamas has launched more than 100 rockets and mortar shells at Israeli civilians.

Today, the IDF carried out the largest wave of daytime strikes since Operation Protective Edge in summer 2014. The IDF struck more than 40 terror targets in the Gaza Strip, including 2 terror tunnels, 2 large logistic centers, and a Hamas Battalion HQ in Beit Lahia in northern Gaza.


“All the Iron Dome batteries and other elements were deployed in the last few weeks and prepared for this situation and we are ready for all possible scenarios,” said Chief of the Aerial Defense Array Brigadier General, Zvika Haimovich.

Before the strikes began, the IDF Arabic Spokesperson, Maj. Avichay Adraee sent out warnings to the civilians in the Gaza Strip in Arabic, warning them to stay away from areas where they know that terror activity is taking place. So far, there are no known casualties on the Gazan side.

“A combination of terror along the security fence, arson terror, and rockets are what eventually caused us to retaliate against Hamas,” said Lieutenant Colonel Jonathan Conricus, Head of the International and Social Media Branch. “The purpose of the strikes was to stop the terror against Israeli civilians, stop the terror on the fence, and to stop the arson terror.”

Since March 2018, the State of Israel has endured Hamas terror in the form of weekly violent riots, arson kites, incendiary balloons, and most recently, rockets. For months Hamas has targeted Israeli civilians on a weekly basis. The riots on the fence are becoming more violent, as an IDF officer was injured yesterday when an explosive device was thrown at him. He was wounded in the chest and is currently recovering and stable. This officer’s injury represents the increasingly violent nature of the riots along the security fence and Hamas’ true intentions behind the “Great Return March.”

The IDF holds Hamas responsible for everything occurring in and emanating from the Gaza Strip. The IDF will continue to defend Israeli civilians and sovereignty against those who seek to harm either. 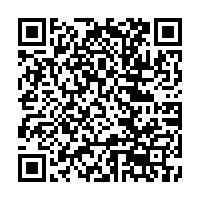