Israel’s Security Cabinet is slated to convene in an emergency session Sunday afternoon in response to the weekend rocketfire by Gaza’s ruling Hamas terrorist organization, but government ministers have been receiving updates on the security situation all weekend, since the sudden escalation of hostilites.

In the meantime, following consultations among the ministers, Prime Minister Benjamin Netanyahu issued a Hebrew-language statement after the Sabbath, saying, “In consultation with the Minister of Defense, the Chief of Staff and the top security command of the State of Israel, we have decided on strong action against Hamas terrorism.”

The IDF has struck Hamas with the hardest blow since Operation Protective Edge and we will increase the strength of our attacks as necessary. pic.twitter.com/IPvY2o1XE3

An IDF officer remains in serious condition at Soroka Medical Center in Be’er Sheva after he was attacked Friday with a live grenade thrown by a 15-year-old Hamas terrorist who was intent on breaching the security fence at Israel’s border. The terrorist was shot and killed by other IDF soldiers.

Israeli retaliation Friday night came in the form of an air strike on a Hamas terror training facility in central Gaza.

Hamas responded with a onslaught of rocket fire that began about an hour and a half after midnight Friday night and kept going until nearly 3 am Sunday.

All told, 200 rockets and mortar shells were fired at southern Israel by Gaza terrorists, including 30 that were headed directly for heavily populated areas and were intercepted by the Iron Dome anti-missile system, and 173 Code Red incoming rocket alert sirens were triggered. Four Israeli civilians were injured.

The residents of southern Israel spent most of their time in their bomb shelters, or within a 15-second sprint to the safe space, since that is the amount of time they have to be able to reach safety before a projectile can reach their area from Gaza.

Israel Defense Forces countered with the heaviest barrage of daytime air strikes carried out in Gaza since the 2014 Operation Protective Edge, attacking more than 40 targets. Israeli fighter pilots continued to strike Hamas terror targets into the night as well. 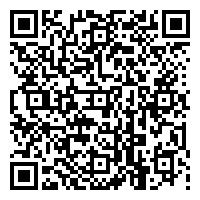