Defense Minister Avigdor Liberman says it’s only a matter of time until Israel is forced into another conflict with Hamas. Liberman made the statement Monday following a meeting with senior military officers in the IDF Southern Command.

Speaking from the Gaza Division headquarters at the Re’im military base, the defense minister said there is no question that another conflict with Gaza’s ruling Hamas terror group is inevitable, and is likely to take place sooner rather than later.


“The question of the next round of fighting is not an ‘if,’ but a ‘when.’ I am sure that we will do what we must.”

“Since the start of the “March of Return” events, Hamas has sustained 168 deaths, 4,348 injured and dozens of terror facilities destroyed,” Liberman said. The so-called “March of Return” is a reference to the weekly violence led by Hamas at different points along the security fence at the Gaza-Israel border. The terror group uses the riots as cover to attempt to breach the border and carry out its own attacks on Israel.

Terrorists burn tires to produce thick black smoke during the riots in order to mask their activities: they hurl rocks, live grenades, fireworks, flaming Molotov cocktails, and attempt to cut through the barbed wire to infiltrate into Israeli territory to carry out even deadlier attacks. Hamas snipers have also waited until soldiers approach the fence to fend off the infiltrators, and then open fire.

At least one Israeli soldier has died in the clashes and a number of others have been wounded, several of them seriously. 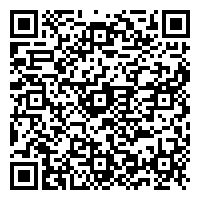