There’s been a deadly outbreak of a rare virus known as Leptospirosis, which has already been contracted by 27 people who immersed themselves in the waters of a few streams in the Golan Heights — half of whom were subsequently hospitalized.


For an idea of just how rare — and serious — this virus is, in 2015, there were only 27 reported cases of the illness reported throughout the entire United States, according to the U.S. Centers for Disease Control and Prevention.

The time between a person’s exposure to a contaminated source and becoming sick is two days to four weeks. Illness usually begins abruptly with fever and other symptoms. Leptospirosis may occur in two phases, according to the CDC.

After the first phase (with fever, chills, headache, muscle aches, vomiting, or diarrhea) the patient may recover for a time but become ill again. If a second phase occurs, it is more severe; the person may have kidney or liver failure or meningitis, and recovery can take anywhere between a few days to three weeks or longer.

The Israeli Health Ministry is warning the public against entering the waters of the Zakim, Yehudiya, Meshushim (Hexagon Pool) and the Zavitan streams until further notice.

In addition, the Ministry has requested that anyone who entered the waters of the Zakim Yehudiya, Meshushim (Hexagon Pool) and Zavitan streams beginning July 1 2018 and who has a fever of 38 degrees Centigrade (100.4 Fahrenheit) or above, to please contact your family physician immediately. Those who entered those waters but did not suffer from a fever or any of the other symptoms, need not take any action. 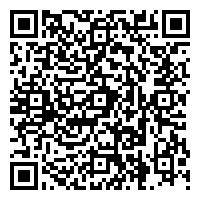