The red Alert alarm was activated Tuesday evening in Ashkelon and Kibbutz Zikim in the Ashkelon Beach Regional Council. The IDF spokesman said one launch from the Gaza Strip into Israeli territory was identified.

Prime Minister Netanyahu spoke by telephone with local council heads from the area adjacent to the Gaza Strip Tuesday night and stated: “We have adopted a policy that fires are like rockets. We have been active for the past ten days straight in shelling the infrastructures of Hamas and the terrorist organizations. We have also imposed various sanctions in areas that are important to Hamas.

“I regret that we are also preparing, to the extent necessary, for the possibility of a round or rounds. I hope that we will not get there. We are not willing to accept the use of these means that, by the way, have no justification.

“Hamas will be making a very great mistake if it continues like this. Even now it is receiving an indication of where this will lead. It will certainly remember where it has led and I hope that Islamic Jihad also remembers where it has led.

“We have not spared any measure including – in the event of the development of a campaign – targeted counter-measures, and there is no such restriction today either.

I very much appreciate your resilience and the fact that you understand that we are not taking this lightly. I am not taking it lightly, neither am I familiar with anyone in our leadership who takes it lightly, and we will act with full force against it.”

Walking Into Freedom – Every Day 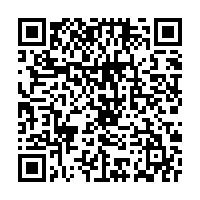