As much as 97% of the drinking water in the Gaza Strip is unfit for human consumption because of pollution from untreated sewage or because of a high level of salinity, according to Ahmed Yaakobi, a hydrologist who advises the Palestinian Water Authority in the Gaza Strip.

Yaakobi spoke during a debate on the Gaza water crisis at a conference of the Arava Institute‘s Public Council for Environmental Studies being held this week.


The data indicate that a large part of the Gaza residents do not drink tap water because of their poor quality, but instead purchase drinking water from private enterprises that operate 136 small desalination plants – costing six times more than the normal price for water.

Gaza residents rely on polluted water for other domestic uses, but this dirty water is also in short supply.

According to Yaakobi, the poor state of the Gaza water is the result of excessive pumping of groundwater in the coastal aquifer, on which two million residents of the Gaza Strip rely almost entirely, in addition to a small amount of water coming from Israel.

“The annual amount that can be pumped without harming the aquifer’s regeneration capacity is 60 million cubic meters,” Jacoby told Haaretz, noting that “in practice, due to population growth and a lack of precipitation, the residents of the Gaza Strip draw 200 million cubic meters from the reservoir.”

Half of this quantity is drawn for domestic use, and the other half includes water from 5,000 private wells in the Gaza Strip.

As a result, close to 90% of the water does not meet the WHO’s salinity standard.

In addition to the saline process, the Gaza Strip groundwater is polluted by a large quantity of sewage. About 70% of Gaza’s homes are connected to sewage collection networks, but because of poor maintenance a large part of the sewage seeps into the groundwater, which is why the concentration of nitrates (nitrogen compounds that are an indicator of pollution) has increased.

“Because of the electricity shortage, we are not able to fully operate the wells, and sometimes they only work a few hours a day,” Yaakobi explained. “The electricity shortage also prevents the operation of the five sewage treatment plants in the Gaza Strip, and the effluents flow without purification to the sea.”

“The sewage reaches the beaches of Ashkelon and Ashdod, but first it pollutes our own beaches,” Yaakobi said, noting that “officially, it is forbidden to bathe in the sea of Gaza, which is the only resort for the residents. Of course, there are people who do it anyway,” he added.

There exists a long-term plan of the Palestinian Authority to erect a large-capacity desalination plant in the Gaza Strip, which would provide 135 million cubic meters of water a year. So far, the PA has managed to collect half the needed budget, from international charities. But even after the plant is finally built, without enough electricity it won’t work – same for the new sewage purification plants which are being built.

And, naturally, with the current staggering unemployment level in Gaza, there won’t be enough paying customers to buy the electricity, the sewage purification and the desalinated water.

Drop in a Bucket: US Giving Gaza $50 Million in Aid Over 5 Years 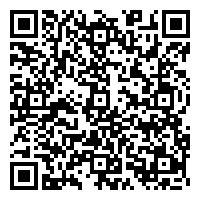