The IDF says Hamas believes Israel would not launch a war because of its engagements with the Iranians, which cause it to be reluctant to become embroiled in the Gaza Strip.

“They misunderstand us, and this could lead to a deterioration, at the end of which we would be back inside the Gaza Strip and they would realize they had made a mistake,” an IDF source told Ynet.


IDF sources have been telling Israel’s media that if there are a few more nights or days of battles like the one last night, Israel would act, either as a result of a decision by the political echelon under growing pressure from the residents of the Gaza Strip, or, more certainly, as a result of an incident involving casualties on the Israeli side.

The Hamas terror group has declared that their overnight rocket barrage was a “confirmation of the message that the Palestinian resistance is the one who sets the rules of engagement the way it sees fit,” Ma’an reported Wednesday morning.

Hamas shot as many as 45 rockets at Israel overnight Wednesday.

“The resistance will not allow the Israeli occupation to isolate the Palestinian people or impose any new equations,” said Fawzi Barhoum, a spokesman for Hamas. “The occupation bears the consequences of what is happening,” he said.

Barhoum stressed that responding to the Israeli shelling of its sites in Gaza is Hamas’ legitimate right.

This is clearly an escalation in Hamas’ response, stemming from its growing distress at the fast deterioration of conditions in the Gaza Strip and the loss of its assets in the form of terror tunnels and naval contingency. Also, its two-month campaign against the Gaza border fence resulted in the death of some 160 Arabs, most of them Hamas terrorists, with nothing tangible to show for it.

Which is why the Qassam Brigades and Islamic Jihad refuse to give up the launching of firebomb kites and balloons, even at the cost of an escalation of the violence that could lead to war. Israel will continue to retaliate and now Hamas will be obligated to retaliate in return, until Israel loses its patience as its civilians demand a decisive military move.

At the same time, it should be noted that for now both the IDF and Hamas have been careful not to cause casualties on either side, and both shot their rockets mostly at open fields. Only five or six Hamas rockets were directed at populated areas in Israel.

Ynet’s Military correspondent Ron Ben Yishai on Wednesday morning cited senior security sources who say the IDF is prepared, both defensive and offensive, for a large-scale operation in the Gaza Strip, at the end of which Hamas would no longer rule. The IDF believes that extremist elements in Hamas’ military wing are mistaken in their assessment not only of the IDF’s readiness, but also of the readiness of the Israeli political echelon to launch this large-scale operation in the Gaza Strip that would be as destructive as the 2014 Operation Protective Edge and yield more radical results. 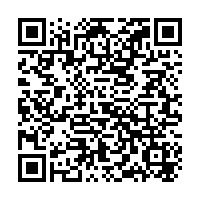