Iran is building a growing arsenal of advanced Unmanned Aerial Vehicles (UAV / drones) and is equipping its proxies with increasing amounts of such capabilities, a new report by the Alma Research and Education Center shows, while warning that this threat is evolving from a regional menace into a global danger.


The program for the research and development of UAVs in Gaza is receiving the active assistance of Unit 340 of the Quds Force, the Islamic Revolutionary Guard Corps (IRGC) foreign operations body.

According to the information in presented by Alma, and professional assessments made on its basis, in a very high probability, Hezbollah possesses approximately 2000 UAVs.

The IRGC’s logistics Directorate is in charge of transporting and deploying the UAV Army throughout the Middle East, to Lebanon, Syria, Iraq, Yemen, and Gaza.

International sanctions on Iran have had no effect on its UAV production efforts since many of the components needed for this arms industry are standard off-the-shelf parts that can easily be bought online. Often, procurement agents living in Western states carry out such purchases and send them to Iran-Shi’ite axis representatives via the Iranian diplomatic postal system.

However, this threat is not limited to the Middle East, Alma underscored. Iranian UAVs are also now active in African states and in Venezuela, only 2,000 kilometers away from Florida and in range of their attacks.

Iran’s “UAV Army” is made up of thousands of unmanned systems, which are designed to gather intelligence, and to strike surface or air targets, either by launching missiles and bombs, or conducting a suicide attack by diving into the target.

In some cases, Iran’s production design for UAVs that are destined for its proxies differs from the systems used by the Iranian army, making it somewhat harder to trace them back to the Islamic Republic.

Alma’s report details more than 20 production, storage, and launch sites in Iran, Iraq, Syria, and Lebanon. Some of the UAV manufacturing plants are directly owned by the Islamic Revolutionary Guard Corps.

Incidents in recent months and years have provided a glimpse into the devastating manner in which UAVs can be used in modern combat to target strategic sites. They have been used to strike airports and oil fields in Saudi Arabia, both by the Houthis and directly by Iran, used against US forces in Iraq and Syria by Shi’ite militias, and used by Iran to strike merchant ships linked to Israeli businessmen.

Hezbollah and Shi’ite militias have used them to attack Syrian opposition forces and Islamic State (ISIS) targets, while Hamas and the Islamic Jihad have been making steady use of UAVs as well. The Israeli Air Force has intercepted them on several occasions.

The increasing use of UAV swarms, mass attacks of multiple units simultaneously, is also an indication of the future of this weapon system.

When Iran realized that it could not establish a suitable air force or counter the IAF, it turned to the development of UAVs and to precision surface-to-surface missile systems as its answer.

This gave the Iranians their long-sought-after ‘long operational’ reach, which can hit any location in the Middle East, Alma explained.

In Israel and around the world, the realization of the strategic threat posed by UAVs is sinking in. In September, Defense Minister Benny Gantz said Iran’s UAV arsenal is “one of the most significant tools” developed by Tehran, calling it an “array of deadly weapons which, like ballistic missiles or planes, can cross thousands of miles.”

The US Treasury Department described the expansion of the UAV Army in the region “as a threat to peace and destabilizing international stability.”

Since the production of the first Iranian UAV in 1984, the Islamic Republic has evolved highly advanced operational capabilities in this sector.

Some of the knowledge was also obtained by copying Western technologies, enabled through the falling of American and Israeli UAVs into Iranian hands. Still, Iran is not dependent on Western UAV technology and has been able to reach its present advanced level through its own independent efforts.

While it is not possible to stop the development, production, and deployment of Iran’s UAV Army, the US, Israel, and Arab-Sunni states threatened by Iran can work together to disrupt and challenge these processes, Alma noted. This involves utilizing advanced protection systems and initiating attacks on targets linked to the UAV army. Israel has recently announced that its Iron Dome defense system has been upgraded to content with these threats.

Gantz exposed in November that Iran was carrying out attacks using suicide drones launched from its territory and from the countries in which its proxies are deployed, and presented the two major bases in the Shabhar region and the Island of Qeshm in southern Iran, from which operations are carried out against maritime targets and where advanced attacking UAVs are still located today.

Iranian UAVs have already become an inseparable aspect of regional conflict, and this trend will only increase with time, Alma estimates. 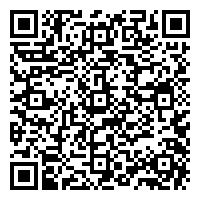