On 9/11 we entered into a new era of terrorism. Since that day there has been a massive increase in the amount of terrorism in the world. This terror is being perpetrated by the descendants of Yishmael, i.e., by radical and fanatical Muslims and those that support them.

This era is very much connected to the yeshua and the revealing of malchus Hashem. The Pirkei D’Rabi Elazar (perek 32) says there are six individuals to whom Hashem gave their names before they were born. They are: Yitzchak, Yishmael, Moshe Rabbeinu, Shlomo HaMelech, Yoshiyahu HaMelech, and Melech HaMashiach. Five out of these six we can understand that their names were given before they were born because they were destined to bring out great things in their lifetimes. Yitzchak Avinu was to bring about Klal Yisrael. Moshe Rabbeinu was to bring down the Torah. Shlomo HaMelech was to bring out malchus beis Dovid. Yoshiyahu HaMelech was the greatest ba’al teshuva. Melech HaMashiach will bring about malchus Hashem.


But why is Yishmael in this chaburah? What great things will come from him? The Pirkei D’Rabi Elaza continues and explains the name Yishmael: Hashem will one day hear the cries of the na’akas Bnei Yisrael from what Yishmael is doing to them and to the entire world. Hashem will then listen to our tefillos and bring the geula! Yishmael will cause us to daven to Hashem like we never did before. This is how the geula will come about. That is why Yishmael is in this chaburah. It is because his name alludes to the fact that ‘yishma kel’ – Hashem will listen and answer our tefillos and bring the geula!

Yishmael is destined to bring Klal Yisrael to the ultimate level of tefillah. This is going to happen before the geula can come. They will rein so much terror that we will have no other option other than realizing that Hashem is our only chance and sincerely turning to Him to save us. That is why he is mentioned together with the other tzaddikim.

This would not be the first time that Hashem has brought about a yeshua only after hearing our cries. On the pasuk “Vayishma Elokim es na’akasam” (Shemos 2:24) the Seforno explains the word “na’akasam” to mean that only a fraction of the population davened to Hashem, and in their merit the geula was brought. The Seforno explains the words “vayeida Elokim” in the following pasuk to mean that they davened wholeheartedly. The geula was brought about by the few yechidim who understood the situation that they were in and davened sincerely.

The Radal in his perush to the Pirkei D’Rabi Elazar notes that the Pirkei D’Rabi Elazar uses the same word – na’akas – found in the pasuk describing the tefillah that Bnei Yisrael davened before the geula of galus Mitzrayim. In Mitzrayim when we understood that only Hashem can save us and we cried out to Him in such a manner, Hashem brought about the yeshua. The same must occur in order for us to be saved from the current galus. When we will come to the clear understanding that Hashem is the only eitzah to save us and we cry out to Him we too will be saved.

The world will then see clearly that it was Hashem, the Melech of the world, who saved us. This will be the hisgalus of malchus Hashem, which will last for eternity.

Yishmael has assumed his role of terrorizing the entire world. Never has the world been in such a sakana. The pera adam is nearly reaching nuclear capabilities, r”l.

The zman of the geula has arrived! This is the tekufa that we live in. Now, we must prepare for it. The way that we must prepare for the revealing of malchus Hashem is by coming to the realization in ourselves that only Hashem can save His nation, and the rest of the world. Hashem has waited for thousands of years for Yishmael to assume his namesake; causing the na’akas Bnei Yisrael to reach Hashem in order that He can be yishma kel v’ya’anem.

But how does Yeshmael fall? The Pirkei D’Rabi Elazar tells us that it is through the tefillah of Klal Yisrael. The Baal HaTurim in Beraishis 16:11and in Devarim 31:29 notes that the Torah only uses the word “v’karas” four times in Tanach. The first time is when the malach tells Hagar that she will have a child and she should “karas shemo Yishmael” – name him Yishmael (Beraishis 16:11). The second time is at the end of Parshas Vayelech. There Moshe says that he knows that we will stray from the path that he has commanded us, “v’karas eschem hara’ah b’acharis hayamim” – and evil will befall us at the end of days (Devarim 31:29). The third and fourth times are in Yeshaya 7:14, and 60:18. In Yeshaya the word is used in reference to the coming of the yeshua.

The Baal HaTurim (Devarim 31:29) (which was written 700 years ago) asserts that the four times are interconnected. He explains that with the rah that will befall us in acharis hayamim from Yishmael, we will daven to Hashem that He should hear us and be with us, we will do teshuvah and then be zocheh to the “karas yeshua chomosai’ech” mentioned by Yeshaya Hanavi. 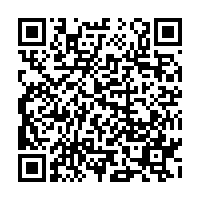