The number of rioters at the Gaza border is continuing to rise, with this Friday’s total reaching some 14,000 violent Hamas-led Arabs in multiple spots along the border with Israel.

Riots have been going on each week — and sometimes daily — since March 30, 2018 when Hamas launched its so-called “March of Return” in its latest attempt to use its population as an excuse for a photo op in another fruitless attempt to deny the legitimacy of the State of Israel.


Rioters were hurling rocks, Molotov cocktails, live grenades and burning tires at IDF soldiers stationed along the security fence who were defending the Israeli civilians who live nearby.

The Hamas-run Health Ministry in Gaza said that 14 rioters were injured by Israeli gunfire, allegedly including two medics. None, however, were mortally wounded.

Israeli soldiers responded to the violence “in accordance with standard operating procedures,” according to the IDF Spokesperson’s Office. 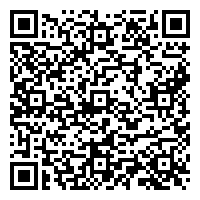