The gloves were concealed in a consignment of clothing. It is suspected that the gloves were intended for use by the Hamas terrorist organization. The truck carrying the consignment and all its contents were impounded and transferred to the special joint Shin Bet, Israel Police, Israel Customs Administration and Ministry of Defense Crossings Authority anti-smuggling team.

Crossings Authority Kerem Shalom Director Ami Shaked said in a statement: “Attempts to smuggle military equipment into Gaza are part of the daily struggle, conducted largely out of the public view, waged by the very best inspectors. We are continuing our anti-smuggling efforts around the clock in order to ensure that only approved and coordinated goods – that do not aid terrorist elements – enter Gaza.” 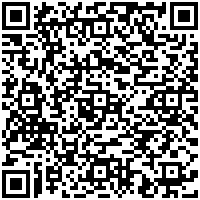