Soldiers from the elite Maglan unit foiled a Hamas terror attack on Monday, along the northern Gaza border fence.


10:30 AM A mob of Gazans began burning tires to create a smokescreen along the border.

1:15 PM Warned that a Hamas unit was trying to breach the fence, an IDF jeep approached the area from the Israeli side of the fence.

1:40 PM As the IDF soldiers approached the area in their jeep, the terrorists began throwing grenades and firebombs. towards the soldiers and the fence.

1:49 PM The Hamas terrorists then opened fire with guns. As soon as the shooting began, the mob of Gazans ran away.

Besides their weapons, the terrorists had equipment for cutting the fence, and their goal may have been to break through and take IDF soldiers hostage. 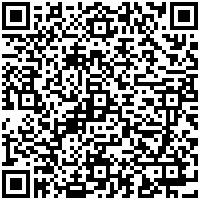