An unexploded Qassam rocket was found Sunday on the grounds of a high school in the Sha’ar HaNegev Regional Council district, near the Gaza border.

Students at the high school were immediately evacuated from the building while the bomb squad and police sappers were summoned to the site, Walla! News reported.


The rocket was believed to have been one of a barrage of some 45 missiles that were fired at southern Israel from Gaza over a 12-hour period on Friday night and Saturday morning this Sabbath.

Once the bomb squad arrived, sappers removed the unexploded ordnance and took it to a remote location in order to defuse it safely.

The bomb squad had just completed a similar task at a day care center in Sderot, where an explosive device was found near the building. It was believed the explosive had been attached to an incendiary balloon flown across the border from Gaza.

Police sappers removed the explosive from the site in order to examine it and defuse it in a safe location. 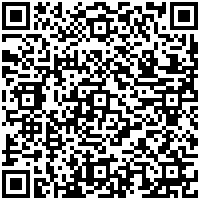