Israel’s security apparatus has been working for several weeks on developing effective solutions to the kites and balloons terror from the Gaza Strip, Channel 2 News reported Friday. In recent days, the IDF has been operating a new system developed by Rafael, Sky Spotter, which assists fire fighters in preventing severe damage to the farmers’ fields in the area.


Rafael’s new system has been locating balloons and kites and alerting rescue teams about their calculated trajectory so they can arrive at the landing sites and minimize the damage.

A control panel displays the incoming data on special monitors, with red dots representing every balloon or kite that rises from the strip and is swept y the wind into Israeli territory. The optical sensors of Sky Spotter follow them and mark their exact location as they move in the air, indicating where they are flying and what their landing point will be in the surrounding fields. The Rafael team alerts and updates the firefighting teams, sending them to the exact landing site.

Simultaneously, work continues on interception systems: a laser beam shot from a drone that will burn the kite or balloon in mid-flight – an advanced development that will soon be deployed in Gaza. In tests, the laser drone has been successful in incinerating the incoming trajectory, neutralizing it and bringing it down. The drones will also be guided to crash into the incoming balloons, neutralizing them before they can pose danger in Israeli territory.

Another system in the works targets drones carrying explosive charges coming in from Gaza. The solution there is a counter drone that shoots a screen made up of hundreds of thin aluminum strips which wind themselves around the enemy drone’s rotors and bring it down. 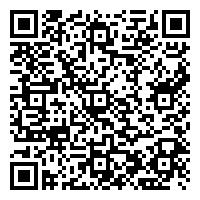