Two months after the start of construction on a new maritime barrier to prevent infiltration by Gaza terrorists on to the Zikim beach, the first photographs of the site have been released by the Israel Border and Seam Planning Administration and the Defense Ministry’s Department of Engineering and Construction.


The decision to create an improved naval barrier was coordinated with the Israel Border Guard Police in cooperation with the Gaza Division of the IDF Southern Command, in response to lessons learned from the 2014 counter terror war with Hamas, Operation Protective Edge.

The new barrier, which is 200 meters long and 50 meters wide, is designed to withstand maritime conditions. The security fence built on the site is to be six meters high, and additional measures will be put in place to provide “full coverage” against infiltration from the sea. According to the defense ministry the entire structure is built to remain in place to serve the security establishment “for many years.

“The construction of the border area with the Gaza Strip, both land and sea, is progressing at a rapid and impressive pace,” said Defense Minister Avigdor Liberman. “With every day that passes, our counter terrorism capabilities around the Gaza Strip are growing stronger.”

IDF Brigadier General Eran Ophir, head of borders and the seam line division, added that the work is expected to be completed by the end of this year. “The barrier, an impermeable type of pier, will consist of three layers, including a layer below sea level, an additional layer of armored stone, and a third layer of barbed wire fence,” he said. “In addition to the three layers, another fence will surround the compound to provide an extra response to any security threat.” 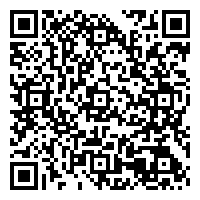