The Jewish human rights organization B’Tzalmo has appealed to the International Criminal Court at the Hague and the United Nations to investigate Hamas’ crimes in the Gaza Strip. The appeal says that Hamas is a global terror movement that repeatedly violates the human rights of women, the elderly, children and infants, Muslims, Christians and Jews, and the world is obligated to fight it.

B’Tzalmo director Shai Glick wrote in the appeal to the ICC: “Hamas, which today governs the Gaza Strip, is defined by many world countries, including Egypt, as a terrorist organization. Throughout the years, Hamas has harmed the civilian population of Gaza, and instead of building a life it is building death tunnels.”

“It is important to remember that Hamas uses women children and women as human shields, in blatant violation of the rules of warfare and the Geneva convention,” Glick wrote.

Glick also referred in his appeal to the missing Israelis who are being held in the Gaza Strip: “The Hamas government holds two Israeli citizens captive and refuses to allow them to return home. It should be noted that these are civilians and not combatants, who both suffer from illnesses. It’s a very serious violation of their human rights. This cannot be ignored in any report that you might issue. Hamas also refuses to pass medicines to the detainees or to allow representatives of the Red Cross to visit them.”

The B’Tzalmo director general concluded his letter with a demand to investigate Hamas’ war crimes in building terrorist tunnels, holding Israeli citizens in captivity while they are sick, and violating the rules of the Geneva Convention.

“In addition, hundreds of incendiary kites and balloons are being flown into Israel from Gaza in order to burn down fields and to spread destruction, in violation of the Rome Treaty regarding damaging the enemy’s agricultural fields, ” Glick wrote. 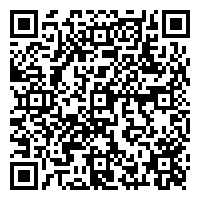