The IDF is on high alert, and especially in the Gaza Strip area, after its Special Forces arrested a senior Islamic Jihad figure in Jenin on Monday night and after the terror organization threatened to retaliate.


Israeli Special Forces and the Shin Bet security service operated in the Jenin refugee camp in Samaria on Monday night and arrested Sheikh Bassam al-Saadi, the leader of the Islamic Jihad terrorist organization in the region, together with another suspect.

The arrest was accompanied with a heavy battle between Israeli forces and dozens of terrorists, during which one terrorists was killed and others were injured. There were no Israeli casualties.

In response to the counterterrorism operation, the Islamic Jihad “declared a high alert and an increase in the readiness of our Mujahideen, and operational combat units.”

The IDF stated Tuesday morning that “in light of the assessment of the situation and following terrorist activities associated with the Islamic Jihad terrorist organization” and responding to the threats, it shut down all the roads surrounding the Gaza Strip, stopped all train traffic in the area, banned farmers who have fields adjacent to the border from attending to their crops, shut down the Zikim beach and blocked access to high points in the area, and stopped the entry of workers from the Gaza Strip into Israel.

The IDF believes that the Islamic Jihad will try to retaliate to the arrest with sniper fire or anti-tank rockets.

This is the highest state of alert the area has experienced since Operation Guardian of the Walls in May 2021.

Sumer camps in the area remained open, but with activities to be held in the proximity of the bomb shelters.

Sheikh Bassam Rajab Abd al-Rahman al-Saadi, 62, from the Jenin refugee camp, is one of the prominent leaders of the Islamic Jihad in Judea and Samaria. He has spent more than 15 years in Israeli prisons in seven different times.

He has believed to be behind the recent terrorism built-up in the Jenin area in recent months. 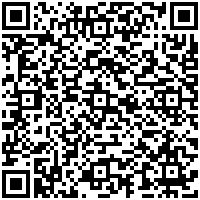