The Bennett government also provided the Biden administration with intelligence on the point, according to an Israeli defense official who spoke with the Hebrew-language Ynet news outlet on condition of anonymity.

“In a joint activity of the General Security Service (GSS) and Israel’s National Bureau for Counter Terror Financing (NBCTF), an activity which began in early 2021 and was approved by the legal factors; six organizations belonging to the “Popular Front for the Liberation of Palestine” were designated as terror organizations because they constitute a network of organizations active undercover on the international front on behalf of the “Popular Front”, to support its activity and further its goals,” Israel’s National Bureau for Counter Terror Financing (NBCTF) said in a statement on its website.

The six groups designated as terrorist organizations are:

“Those organizations were active under the cover of “Civic Society Organizations,” but in practice belong and constitute an arm of the Organization’s leadership, the main activity of which is the liberation of Palestine and destruction of Israel. The declared organizations are controlled by the senior leaders of the “Popular Front for the Liberation of Palestine” and employ many Popular Front activists in field and management positions, including activists who participated in terror activity,” the statement said.

“Those organizations present themselves as acting for humanitarian purposes; however, they serve as a cover for the “Popular Front” promotion and financing. Moreover, following the Organization’s headquarter instructions, their ascription to the Organization is concealed for security reasons related to the apprehension that enforcement steps against them will be initiated by security organizations in Israel and the world.

“In addition, the declared organizations received large sums of money from European countries and international organizations, using a variety of forgery and deceit ways. Those funds served the Popular Front for payments to security prisoners’ families and the “Shaheeds,” wages for activists, enlistment of activists, promotion of terror activity and strengthening, promotion of the Popular Front activity in Jerusalem, and distribution of the Organization’s messages and ideology,” the statement concluded.

The individual terrorist designation for each of the six organizations can be found on the NBCTF website.

US State Department spokesperson Ned Price said in a statement the Biden administration would ask Israel for “clarification” on its reasoning.

“The US believes respect for human rights, fundamental freedoms and a strong civil society are critically important to responsible and responsive governance. . .We would refer you to the Government of Israel for an explanation of their rationale for making these designations.”

The PFLP, which is on the terrorism blacklists of both the United States and the European Union, did not outright reject ties to the six groups.

“It is part of the rough battle Israel is launching against the Palestinian people and against civil society groups in order to exhaust them,” Al-Ghoul said.

Palestinian Authority citizens are “proud of the affiliation of any of their sons with any national faction that resists the occupation, including the Popular Front for the Liberation of Palestine,” he added.

The Palestinian Authority did, however, deny the designations were legitimate, saying that “this fallacious and libelous slander is a strategic assault on Palestinian civil society and the Palestinian people’s fundamental right to oppose Israel’s illegal occupation and expose its continuing crimes.”

Some of the groups are quite prominent, with heavy backing – and oversight – from international bodies, including the European Union. Israel’s defense ministry contends nevertheless that they are operating as branches of the PFLP.

“Those organizations were active under the cover of civil society organizations, but in practice belong to and constitute an arm of the [PFLP] leadership, the main activity of which is the liberation of Palestine and destruction of Israel,” the defense minister’s office said in a statement.

“The organizations act as an organized network under the directive of the PFLP leadership,” the unnamed Israeli defense official said Saturday night under condition of anonymity.

“Many terrorist operatives, including those convicted of terrorism, have been employed by the organizations. The organizations forged documents to raise money, continuing to do so by citing activities that never took place. The organizations represent a lifeline with fundraising, recruiting operatives and even money laundering for the PFLP,” he added.

Firestorm of Condemnation
A firestorm erupted in response to the announcement, with criticism coming not only from the listed groups and the United Nations Human Rights Office in the Palestinian Authority (UNHRO), but also from the European Union, progressive American Democrats, US far-left Jewish groups and international human rights organizations such as Human Rights Watch (HRW).

UN Human Rights Office in the OPT : Counter-terrorism legislation must not be used to constrain legitimate human rights and humanitarian work.https://t.co/Qfekc6PoBa pic.twitter.com/fGbr1bbFe4

“Counter-terrorism legislation must not be used to constrain legitimate human rights and humanitarian work,” the UNHRO said in a statement. “These designations are the latest development in a long stigmatizing campaign against these and other organizations, damaging their ability to deliver on their crucial work.”

Israel’s decision to effectively outlaw the activities of six Palestinian civil society organizations is an “appalling and unjust” attack on the international human rights movement. Read our statement with @amnesty: https://t.co/E6yQPHkGes

Amnesty International and Human Rights Watch issued a joint statement saying, “This decision is an alarming escalation that threatens to shut down the work of Palestine’s most prominent civil society organizations. . . They represent the best of global civil society. We stand with them in challenging this outrageous decision.”

ADDAMEER and DCI-P called the designations an “attempt to eliminate Palestinian civil society.”

Gantz signed a similar order this past February, designating “Samidoun,” a group that acts on behalf of PFLP abroad, as a terrorist organization. Representatives of the organization ‘are active in many countries in Europe and North America, led by Khaled Baraket, who is part of the leadership of PFLP abroad,” the statement said at the time. “Barakat is involved with establishing militant cells and motivating terrorist activity in Judea and Samaria and abroad.”

The designation, which can be appealed for up to two months, authorizes Israel to close the offices of these groups, seize their assets and arrest their staff in Judea and Samaria, the UN said. 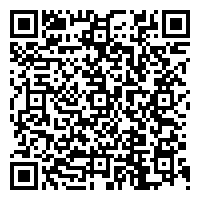