Israeli Foreign Minister Gabi Ashkenazi is slated to meet in Cairo on Sunday with his Egyptian counterpart, Foreign Minister Sameh Shoukry – the first official meeting between the foreign ministers of the two countries since 2008 — according to Qatar’s Al Araby al-Jadid news outlet.

Israel is stipulating the return of its four citizens from Hamas captivity before starting any process of rebuilding the Gaza Strip, according to a report this weekend by Israel’s Kan News public broadcaster.

Egypt is currently attempting to broker a longer-term ceasefire agreement that would include the return of four captives of Hamas. They include two fallen IDF soldiers whose bodies were stolen during the 2014 summer war with Gaza (without disclosing their fate or health status), and two living captives who entered Gaza in unclear circumstances during the past years.

Egypt has been actively involved in the effort to strengthen a ceasefire brokered by Cairo that ended this month’s 11-day IDF Operation Guardian of the Walls mini war with Hamas in Gaza.

On Friday, a delegation from the Egyptian General Intelligence Service, led by Major General Ahmed Abdel-Khaleq, who heads the agency’s Palestinian division, arrived in Gaza for a third visit since the ceasefire between Israel and Gaza factions took hold.

Egyptian sources told Al-Araby al-Jadid that Cairo has informed Hamas the upcoming consultations must include negotiation of a prisoner exchange deal. The Egyptians underscored Israel’s insistence on linking release of their captive citizens to any negotiations that would lead to a truce or launch reconstruction in the Gaza Strip.

The Egyptian sources added, “There is insistence on the part of Hamas to separate the prisoner exchange deal from any negotiation related to the long-term truce or the reconstruction.” Hamas is stressing that “The deal is the full responsibility of the [Izz a-Din al-Qassam] Brigades’ leadership.” Izz a-Din al-Qassam Brigades is the military wing of Hamas.

Thus far, Hamas has managed to draw a total of $1.4 billion in aid from various sources in the aftermath of the mini war with Israel, according to Al Khamisa.

Hamas has estimated the cost of repairing the war damage will total approximately $325 million; the Iranian-backed terror group will have attracted from Arab and American governments a profit of more than $600 million for having waged war on Israel. 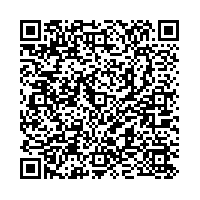