A car carrying Israeli women and children — a woman and her three daughters — was seized by Palestinian Authority terrorists after entering the city of Shechem (Nablus) on Tuesday prior to the start of the Yom Kippur holiday.

The vehicle did not enter the the Palestinian Authority by mistake, according to a clarification received by TPS.


The Israelis had intentionally traveled to the city — a hotbed of Palestinian Authority terrorists — to shop in its stores.

The four Israelis were removed from their vehicle by terrorists after they entered the city. They were rescued by Palestinian Authority police.

All of the victims were subsequently released by the Palestinian Authority and transferred to the IDF prior to the start of Yom Kippur.

Shortly after the conclusion of the holiday, Palestinian Authority security forces extracted a group of tourists and three local Jewish men from the Arab side of the city of Hebron.

The group, which entered the wrong side of the city in two vehicles, was surrounded by a mob of Arabs. 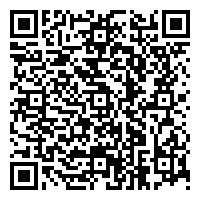