Gaza’s ruling Hamas terrorist organization has claimed responsibility for this week’s terror attacks that took the lives of two IDF soldiers and a young baby, delivered prematurely when his mother was shot multiple times by Palestinian Authority terrorists. Two IDF soldiers were killed, another soldier critically injured and a Border Guard Police officer very seriously wounded. A total of 11 people were wounded, including soldiers and police officers and victims still hovering on the cusp between life and death, all of them shot in drive-by terror attacks.

Hamas hailed the attacks as “heroic actions” and called on Palestinian Authority Arabs to increase their “resistance” against Israel. The terrorist organization also called for a Day of Rage to be held on Friday.

“The flame of resistance in the West Bank has not and will not be extinguished until the occupation is defeated from our entire land, and we regain our rights in full,” Hamas spokesperson Fawzi Barhoum said in a statement.

Palestinian Authority leader Mahmoud Abbas grudgingly condemned “violence” in response to repeated prodding from the United States, which pointed out that the PA government must decide whether it is a government of terror, or a government of politics.

Abbas has underscored — loudly and often — his deep and passionate commitment to continuing his “pay to slay policy” of making payments to terrorists in prison and the families of those who die while attempting to murder Israelis, a policy that will see this week’s attackers and their families earn new and generous monthly PA government-sponsored salaries as a result of their efforts.

Abbas accused Israel of creating a “climate conducive to violence” on Thursday, with his office issuing a statement that said Israel’s “repeated raids into cities, incitement against … [Abbas] and the absence of horizons for peace are what led to this unacceptable rise in violence, which we condemn and reject, and for which the two sides are paying the price.”

The Executive Committee of the Palestine Liberation Organization (PLO), which Abbas also leads, issued a statement following its own meeting on Thursday on the situation, pointing to “ongoing Israeli crimmes, including executions on the ground, repeated incursions into Palestinian cities, burglaries, arrests, terror attacks on helpless citizens and collective punishment.”

The PLO also claimed that “extremist groups receive protection and support from the right-wing Facist Netanyahu government” and condemned “Israel’s war crimes against the helpless Palestinian people, the last of which was the cold-blooded execution of three civilians in the West Bank and Jerusalem.”

The latter statement refers to the death of three terrorists involved in two separate attacks — the Ofra shooting this past Sunday, and the execution-style terrorist murder of two Jewish co-workers at the Barkan industrial zone in Samaria. 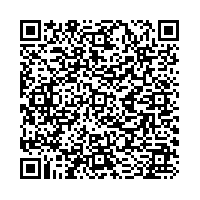