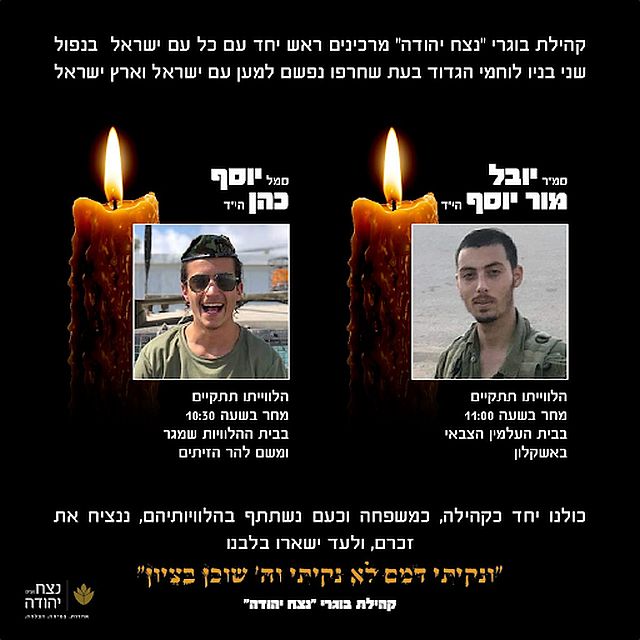 Funerals have been scheduled for the two young IDF soldiers who were murdered Thursday by Palestinian Authority terrorists and who both were members of the Netzach Yehuda Brigade.

Both young men were promoted up a level, having made the ultimate sacrifice for the Jewish People.


Staff Sergeant Yuval Mor Yosef, 20, is to be laid to rest on Friday morning at 11 am in the military cemetery in the city of Ashkelon, in a military funeral.

Civilian funeral services without military symbols for Staff Sergeant Yosef Cohen of Beit Shemesh are to take place at 10:30 am in Jerusalem at the Shamgar Funeral Home. The 19-year-old soldier will then be accompanied to his final resting place in the ancient cemetery upon the Mount of Olives.

May their blood be avenged. 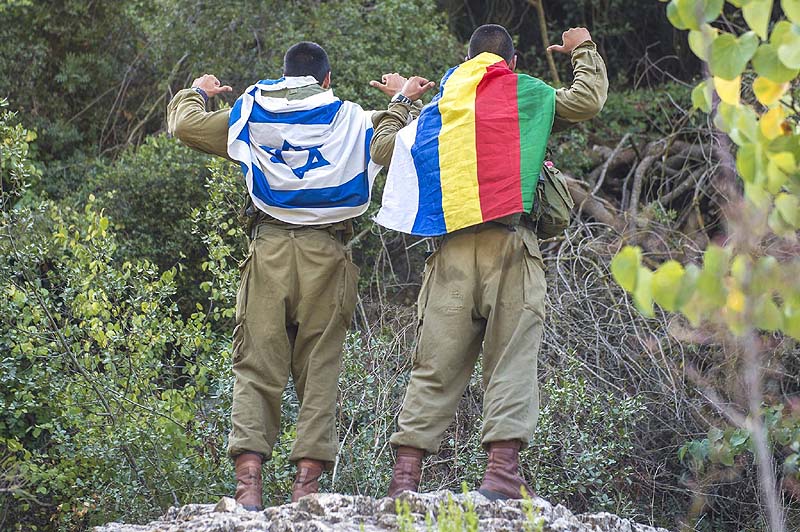 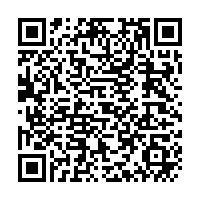