All branches of the Israeli police, military and intelligence systems are out en masse hunting for six terrorist inmates who escaped from Cell Number 5, Section 2 of the maximum-security Gilboa Prison this week in the hours just before the start of Rosh Hashana.

The escapees fled through a tunnel they dug under the sink in their cell that led to a passage that was formed during the construction of the prison. They were assisted by outside sources, having coordinated their actions using a smuggled cell phone. An escape car was ready and waiting to pick them up, according to the Shin Bet (General Security Services). They are believed to have split up into two groups and are believed to be heading towards the Israel-Jordan border, and alternatively, to Jenin and surrounds.

Dozens of Gazans and Palestinian Authority Arabs passed out candies and other sweets to celebrate the event.

So, who are the latest heroes of the street in Gaza and the Palestinian Authority?

All six of the fugitives are high security prisoners, serving life sentences for terror attacks against Israelis, and they are armed and dangerous, according to Israeli security sources. Five are members of the Palestinian Islamic Jihad terrorist organization’s ‘Al Quds’ military unit. All are residents of Jenin and surrounds. Three had previously attempted escapes, according to Hebrew-language media.

Following are brief descriptions of the six fugitives, courtesy of the Israel Prison Service and multiple other sources.

1. Zakaria Zubeidi, 46, from Jenin
Zakaria Zubeidi is a former top commander in the Fatah-linked Al Aqsa Martyrs Brigades terrorist wing of the ruling faction in the Palestinian Authority government in Ramallah.

Zubeidi was convicted and incarcerated in 2019 for involvement in several lethal terror attacks on Israelis years after promising in 2007 – when he received amnesty from a prior imprisonment — to lay down his weapons. His previous incarceration came in response to his activities as a leader of the Second Intifada (2000-2005).

The amnesty granted in 2007 was rescinded in 2011; Zubeidi remained a fugitive until his arrest in 2019, and was being held at Gilboa Prison while the trials on his latest activities were taking place.

2. Munadil Yacoub Nafayat, 26, from Ya’abad (near Jenin)
Nafayat, a member of the Palestinian Islamic Jihad (PIJ) terrorist group, was arrested in 2019 and several other times in the past for terrorist activities, for which he has served several prior prison terms.

Nafayat was being held at Gilboa Prison pending conviction for his latest terrorist activities with PIJ.

3. Ayham Nayef Kamanji, 35, from Kafr Dan
Kahamji was arrested, detained and convicted by Israeli authorities in 2006 for the abduction and murder of Eliahu Asheri, a Jewish resident of Samaria. He was sentenced to life in prison for that murder and for participation in other armed attacks on Israeli targets.

4. Yakoub Mahmoud Qadri, 49, from Bir al-Basha
Born in Bir al-Basha (near Jenin) Qadri was arrested and detained in 2003, during the Second Intifada, for his participation in a September 18, 2002 attack on two people driving near the Jewish Community of Shaked, in Samaria, and for killing the Israeli driver. He was sentenced to life in prison upon his conviction. Qadri attempted to escape from Shata Prison through a tunnel but failed.

5. Mahmoud Abdullah Arda, 45, from Arraba (near Jenin)
This older of two Arda brothers is being hailed by fellow terrorists as the “Prince of Prisoners” after allegedly masterminding the escape from Gilboa Prison.

A member of the Palestinian Islamic Jihad terrorist group, he was convicted and incarcerated in the early 1990s. Released following the signing of the Oslo Accords, his freedom didn’t last long: Arda was again arrested, convicted, and incarcerated in 1996 for PIJ attacks on the Jewish State, and sentenced to life in prison.

Arda was placed in solitary confinement in Shata Prison after attempting but failing to escape through a secret tunnel.

6. Mohammad Qassem Arda, 39, from Arraba (near Jenin)
The younger Arda brother first came to the public eye as a teen when he published a magazine for young PIJ supporters. He then added to his luster by hurling Molotov cocktails (firebombs) at IDF soldiers.

He was arrested in 2002, during the Second Intifada for involvement in the murder of Israeli soldiers and was sentenced to life in prison. 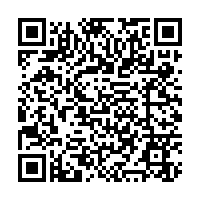