The IDF soldier, in the near-lynch in Jenin earlier on Monday, told family members that his weapon was taken by Palestinian Authority policemen, and it was the policemen that initiated the attack on them, according to a Walla News report.

The family members also told Walla, that the soldier told them that the Palestinian Authority police were not helping them escape the lynch mob, as was reported in the Israeli media.


In the end, the female soldier managed to pepper spray their attackers, and the male soldier then used that opportunity to drive off to the checkpoint.

In a video taken right before the attack began, the soldiers can be seen surrounded by a crowd, and they are calmly talking on the phone and to the group around them.

It was after that point that the lynch attempt began.

Photos from the checkpoint after their escape show the two wounded soldiers sitting in the back of a pickup truck with Palestinian Authority license plates, so it appears that at some point the soldiers were moved to a PA police vehicle and then driven to the checkpoint. 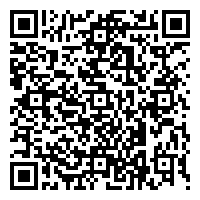