On Sunday, February 11, 2018, a Lebanese man was caught crossing the border into Israel, near the Fatima Gate (the Good Fence Crossing). The man was spotted by a patrol who arrested him immediately.

It turns out that this was the same Lebanese man, Ali Amad Mari, who infiltrated across the border from Lebanon in April 2017 and reached as far as Kiryat Shemoneh. He was later returned to Lebanon, because it was determined that he was mentally ill.

The IDF said, that this time the man was sent by Hezbollah to test ways of infiltrating into and out of Israel.

Under interrogation the man said he was forced by two Hezbollah men, named Mahadi and Ali Shachror, to try and cross the border and test the security fence for them. They drove him to the border by motorcycle and left him there to make his way across.

The IDF said that this was a cynical use of the Lebanese population by Hezbollah. 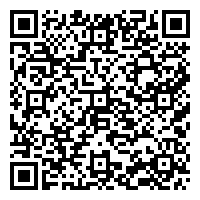