For the first time in history, the Palestinian Authority will be called to appear before an Israeli court to present a legal defense against charges brought by the Regavim Movement.

At issue is an illegal school, built by the Palestinian Authority inside the Nahal Machoch Nature Reserve on land registered to and under the full jurisdiction of the State of Israel.

The nature reserve spans some 18,000 dunams (18 square kilometers, or seven square miles) in the northern Judean Desert, stretching from the Ba’al Hazor Mountain towards the Jordan River and the Dead Sea.

The reserve is home to a host of rare protected floral species, including the Judean iris (Iris atrofusca) and the Tulipa agenensis, and is the nesting ground of many endangered species of diurnal birds of prey (accipitriformes).

According to the sign posted on the new school, it was built with funds provided by the European Union and other international foundations, and is owned and operated by “The State of Palestine – Ministry of Education and Advanced Scholarship.”

The petition filed by Regavim includes reproductions of materials published on the official mapping site of the Palestinian Authority that prove the PA is well aware of the legal status of the land on which the school stands: Israeli state land in the heart of an official, recognized nature reserve.

The Palestinian Authority’s active and intensive efforts to establish and expand its control of Judea and Samaria, specifically in areas designated to full Israeli jurisdiction under the Oslo Accords, is well documented and undisputed: According to a special report prepared by Kobi Eliraz, former Assistant to the Minister of Defense, since 2009 the Palestinian Authority has constructed or expanded hundreds of illegal outposts in Area C.

One of the central tactics of this “quiet annexation” is construction of schools in the illegal outposts, exploiting the State of Israel’s reluctance to demolish schools.

In the well-known case of a decade-long legal battle by Regavim against the illegal outpost known as Khan al Ahmar, the High Court of Justice permitted the demolition of the school at the site; nonetheless, despite Prime Minister Benjamin Netanyahu’s declaration over a year ago that the outpost would be cleared “in a few short weeks,” no action has yet been taken.

Regavim’s latest petition charges the Palestinian Authority with violation of Israel’s Nature Protection Law, trespassing on state land, and violation of the Planning and Building Code.

The petition was filed only when all other avenues were exhausted: Regavim petitioned the Ministry of Defense, the Civil Administration, and the Israel Police to take immediate oversight and enforcement action, and to initiate criminal proceedings against the offenders.

Unfortunately, the Civil Administration’s official response was a laconic, standardized form letter: “If deemed necessary, oversight and enforcement steps will be carried out according to pre-established priorities.”

Regavim’s petition, submitted by Attorneys Avi Segal and Yael Cinnamon, decries the failure of the Civil Administration and the Israel Police to fulfill their law-enforcement responsibilities in this region.

“The defendants (i.e., the Civil Administration and the Israel Police) are sending a message to the public at large that the law may be disregarded at will: The people carrying out this land grab continue their activities unhindered, the illegal school is now up and running in an official State Nature Reserve, despite the court orders to desist, with which they may or may not have been served as required, all with the absolute certainty that the defendants will do absolutely nothing to stand in their way.”

“This is an absurd reality,” said Yisrael Gantz, Head of the Binyamin Regional Council. “On a daily basis, the Palestinian Authority is paving new roads with heavy engineering machinery, laying infrastructure, building schools, and no one is doing anything to prevent it.

“We are witnessing a phenomenon that is become increasingly acute every day, which has a serious and far-reaching impact on Area C, and the State of Israel is standing by, powerless.

“We call upon the State’s security apparatus to take control of this situation immediately, to insure the security of our homeland and all of our strategically crucial territory in Judea and Samaria.” 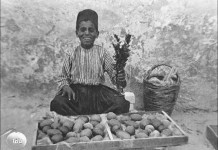 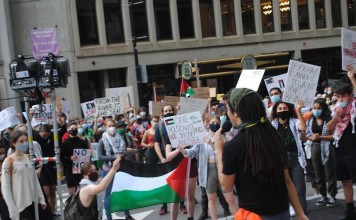 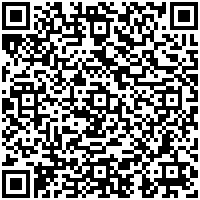