Uday Al-Tamimi is the newest celebrity terrorist in the Palestinian Authority and its leading faction, Fatah.

Terrorist Tamimi’s murder of Lazar in a surprise shooting, his roaming free for more than a week, and his final attack on Israeli security guards have earned him a place in the Palestinian Authority’s spotlight of “heroes.”

Not only have PA and Fatah officials praised him and his attacks, but Palestinian youth have adopted a trend of shaving their heads to look like Tamimi — but not just youth – official PA TV broadcast a video of a toddler having its head shaved as a tribute to Tamimi, while a song lauding him was played in the background.

Introduced by a man who announced “Listen Uday, Uday. This is for Uday,” the lyrics of the song broadcast October 22 on official PA TV were as follows:

“Power, courage, bravery and manliness
He did not feel frustration for [even] a moment
He humiliated your [Israeli] soldiers
This is our hero, and he is from Shuafat
Be blessed, man of heroic acts
[With] resolve and a fierce desire, he know no defeat
Your blow in painful, O son of Shuafat.

On its official television station, the Palestinian Authority openly endorsed Tamimi as the one who “frightened the entire [Zionist] entity,” with the program host vowing that more terrorists will follow, as the PA “will give birth to another 1,000 Udays.”

Young Palestinian Authority Arabs are also vowing to “follow his path” according to an October 20 report by the independent Donia Al-Watan PA news agency.

“A number of cities in the West Bank were witness to mass processions passing through the streets and roads that condemned the occupation’s crimes and supported Martyr Uday Al-Tamimi, who confronted the occupation forces until the last moments and continued to fire until he died as a Martyr.

“Dozens of young Palestinians set out on Wednesday evening [Oct. 19, 2022] on spontaneous processions that passed through the streets of the cities Ramallah, Jenin, and Bethlehem and the Shuafat refugee camp, and they condemned Al-Tamimi’s assassination and demanded a response.

“During the procession the young people promised Martyr Uday Al-Tamimi to follow his path in resistance to the occupation wherever [the occupation] is found,” the report said.

Palestinian Media Watch reported that immediately after the murderer was killed, the PA instructed preachers to praise the murderer as a “hero” and glorify “Martyrdom-death” in the Friday sermons in the mosques.

In an editorial in its official daily, the PA praised the murderer as “personifying heroism.”

The PA also used his attacks and consequent death to repeat their glorification of Martyrdom-death, stating that the murderer realized that “death as a Martyr in an epic battle is a certain way to start life with freedom, glory, honor.”

Furthermore, the Palestinian Authority stressed that his terror attacks are an expression of “shining Palestinianess,” “national education,” and “ethics of struggle.”

The official Palestinian Authority daily Al-Hayat Al-Jadida reported on October 23, “”This colony [Ma’ale Adumim] is like a fortress with guards with the most advanced weapons, but heroism does not care about that. In this case it was personified by none other than Uday Al-Tamimi he understood without a doubt… that death as a Martyr in an epic battle is a certain way to start life with freedom, glory, honor, and peace for Palestine and its residents…

“Uday Al-Tamimi… only spoke there with actions, with what he represents and what he is affiliated with, and that is how heroes always are.

“We will not emphasize here his affiliation with Fatah, but rather his shining Palestinianess, with his national education and his ethics of struggle – and this is what pleases Palestine,” the news outlet wrote.

Likewise, Fares Abu Al-Wafa, the Fatah spokesperson in Jenin, commented on official PA TV News on October 20, “The situation of Martyr Uday Al-Tamimi has caused a general national response because his action was a brave operation, an act of heroism, which gained approval and support from the members of the Palestinian people.” 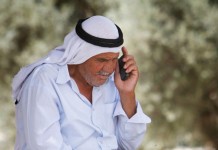 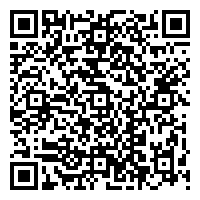