Mansour Abbas, chair of the Islamist Ra’am party, warned Thursday in an interview with Israel’s Channel 12 News that allowing Jews to pray on the Temple Mount will “lead to war.”

“Let’s not be naïve,” he said. “When you’re talking about the most sensitive subject, which is the holy sites. . . people’s minds stop working and religious feelings take over.

“We’ve seen how many rounds of escalation were sparked by provocations at Al Aqsa Mosque,” he added.

Abbas neglected to mention, however, that those provocations were the work of Islamist extremists at the Al Aqsa Mosque who attempted to prevent visits by Jews to the Temple Mount compound, site of both Jewish Holy Temples.

Netanyahu has always upheld the historic status quo agreed to by the government following Israel’s victory in the 1967 Six Day War, during which the city of Jerusalem was reunited, and its ancient Jewish sites recaptured from Jordan’s 19-year occupation.

On Monday, prior to the election that he won decisively a day later, Netanyahu said he would “maintain the status quo.”

That status quo maintains the rights of Muslims to pray at the mosques on the Temple Mount but prohibits Jews from doing the same.

Arab terrorist factions – and for that matter, the Palestinian Authority leadership as well – have repeatedly claimed that Israel is planning to destroy the mosques on the site, using the threat to whip up Arab hysteria against Israel. 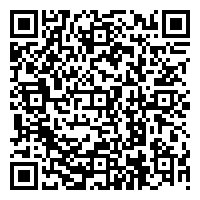