A young Palestinian Authority woman from Bethlehem who spent her days quietly preparing meals for Jews and Arabs in southern Israel has inadvertently been exposed, thanks to the recent massive rocket attacks of Hamas terrorists in Gaza.

That’s because the young woman — who was staying illegally in Israel — was among those who were wounded during rocket attacks fired from the enclave.

The young woman has been staying illegally in Israel, and was working during the past few months as a cook in various restaurants.

Badly injured when a residential building was struck by a rocket that was launched by terrorists in Gaza, she was pulled from the wreckage by Jewish rescue personnel after they found the body of a Palestinian Authority man who also lived in the building.

Now she is afraid to stay in Israel; but she’s also afraid to return to the Palestinian Authority, where she fears she will arrested and/or attacked.

Now that she has been exposed, she is afraid that Israeli authorities will expel her from the country and prohibit her from obtaining proper rehabilitation for the broken bones she suffered when the building collapsed on top of her.

But it’s not just medical care that concerns her: Palestinian Authority officials suspect that she cooperated with Israel, and have threatened this young woman and her family, according to a report published by the Hebrew-language Mako news site.

As a result, she is asking the Israeli government to allow her to stay in the country, together with her mother and her sister, and to help spare her life.

For the time being, it is not yet clear whether Israeli authorities will respond to the young woman’s request, nor is it known whether they have agreed to provide her with assistance and/or treatment. 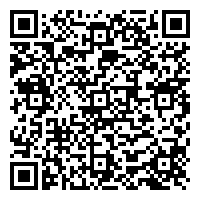