After hundreds of hours of painstaking documentation, the ‘Ad Kan’ nonprofit organization said in a blockbuster investigation together with Israel’s Channel 13 television news team this weekend that the IDF’s Civil Administration has allegedly been leaking information to the Palestinian Authority’s Preventive Security Service about PA residents who intend to sell land to Jews.


These same Palestinian Authority Arabs are being tortured, and some of them “disappear.” according to the report.

“Ad Kan” is an Israeli non-profit organization which investigates and protests activity which the group considers to be detrimental to the image and resilience of the State of Israel, and then passes the collected information and evidence to the Israeli authorities or to the media.

When a Palestinian Authority resident wants to sell land, he must go through the Civil Administration. Believing he is working with an official body of the State of Israel, he is convinced that his private information remains confidential and that this confidentiality is guaranteed.

But the seller finds out the hard way that the opposite is true, according to ‘Ad Kan.’

Instead, a few days later the seller receives a visit from Palestinian Authority Preventive Security officials and is taken for interrogation, according to the report.

During the questioning, the interrogators show the seller the forms that he submitted to the Israeli Civil Administration and “explain” to him that he has made a “mistake” – and that he should not even think of selling land to Jews.

From that point on, it’s a short road to canceling the deal.

In the best of circumstances, the hapless seller returns home in a wheelchair, according to Channel 13 and Ad Kan, with a clear message to reverse direction from the idea [of selling land to Jews.]

In the less-than-best of cases, the seller “disappears” and in other cases he is brutally murdered to set an example – so that his family will see and that this example will be seen by others.

The organization vowed to upload its documentation and evidence to the Twitter social media website in the coming days. 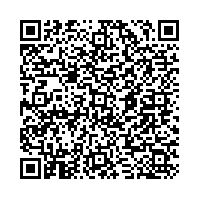