And Arab man, 48, was killed Thursday morning by a parent accompanying a children’s bar mitzvah hike well outside the village of Qusra in the Shchem area. The IDF has announced that the shooting was carried out in self-defense after an Arab mob threw stones at the children.

According to Honenu, a group of children from Samaria who had left their homes Thursday morning for a planned trip that received the IDF’s approval, near the settlement of Migdalim and the Alon Road, was attacked by an Arab mob that tried to lynch them.


The trip, whose approved route ran a good distance from any area Arab villages, included some 25 children and 2 armed adults. At one point, when the group passed near cliffs and down a hard slope, Arab rioters began attacking the group from a pre-planned ambush.

According to eyewitnesses, dozens of rioters participated in the lynch attempt. the rioters threw stones and rocks at the children for long minutes, pushing them and the supervising adults back down the rocky slope, exposing them to danger both by stoning them and by causing them to slip and fall on the dangerous slope.

The group’s adult escorts were forced to fire deterrent shots in the air, which did not deter the terrorists for long, and they continued to attack the group viciously. at one point the rioters even managed to reach one of the adults and grabbed his weapon. He later received medical treatment for his injured face.

Miraculously, the Jewish group found a cave in the area, where he hid until the arrival of the army. But even while they were taking shelter inside the cave, the rioters attempted to penetrate the cave’s defense in order to lynch the children.

The Arabs sprayed the cave with tear gas, and some of the children were injured from gas inhalation. 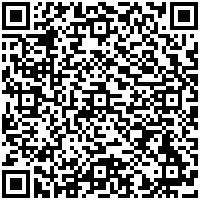