Two Palestinian Authority Arabs were caught carrying a concealed weapon in the Hebron Hills area of Judea on Tuesday night.

IDF soldiers uncovered an assault rifle and magazine they were carrying, hidden inside a jacket.


The discovery was made near the Jewish community of Otniel, where a number of residents have lost their lives to terrorist attacks.

Both terrorists were taken into custody and transferred to security personnel for interrogation. 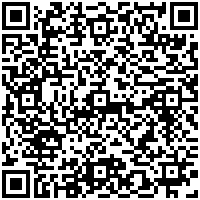