The business mogul reportedly expressed disappointment that the U.S. Embassy has not yet been moved from Tel Aviv to Jerusalem – one of Trump’s campaign promises to the Jewish community.


Adelson has been a major supporter of the Republican Party, and donated millions of dollars to Trump’s presidential campaign.

In May 2017, Trump signed the six-month waiver that officially postpones the necessity of complying the with American law that mandates the transfer of the embassy to Israel’s capital city, Jerusalem, for “reasons of national security.” 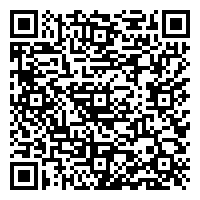