He accused Israel of “target[ing] land, trees, and water resources” and claimed that “around 2.5 million trees have been uprooted since 1967.”


Additionally, Israel has been “exhausting the resources of the Dead Sea, which threatens to dry it up, and restricting Palestine’s access to its shores,” Shtayyeh claimed.

However, an examination of the facts shows that the PA is the primary and almost sole environmental contaminator in Judea and Samaria in multiple facets.

The Ramallah municipality poured massive mounds of trash into an abandoned quarry in the Binyamin region. More than 10,000 cubic feet of garbage were dumped there for weeks and then set on fire. The fire burned for almost a week and the smoke reached the outskirts of Jerusalem.

PA residents established a huge car wreck lot in the heart of a nature reserve in Samaria. Hundreds of similar sites are scattered throughout Judea and Samaria, in almost every Arab village.

An illegal Arab quarry, covering thousands of dunams in eastern Gush Etzion, is the largest quarry between the Jordan River and the Mediterranean Sea. The extent of the environmental and scenic damage this quarry causes is indescribable, and this is only one of many more within the Palestinian Authority, without supervision, without control, and without rehabilitation operations.

A nature reserve controlled by the Palestinian Authority in the Judean Desert is crossed by miles of roads and pocked by hundreds of illegal structures.

A tire-burning site near Ramallah burns tires and pollutes the area for the wire extracted from the tires.

The sewage from Bir Zeit University, from the town, and from nearby villages, flows openly as a stream of raw sewage in Samaria, without any treatment.

Eitan Melet, Regavim’s Field Coordinator for Judea and Samaria, which documented these enviromental crimes, accused Shtayyah of “lying to the whole world.”

“The PA has zero control over the environment in Judea and Samaria, polluting and suffocating both Israeli and Arab communities,” he charged. 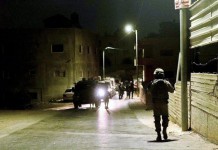 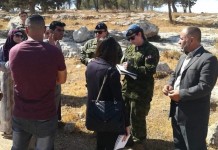 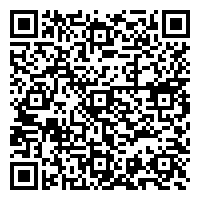