Among the projects under consideration are illegal construction in nature reserves, construction on state lands designated for Israeli communities, and a series of illegal schools which the PA classifies as “confrontation schools in the fight against settlements.”


Several of these projects are situated in strategic points in Area C, the areas of Judea and Samaria under full Israeli jurisdiction as per the Oslo Accords.

Many of the illegal projects receive European support and funding.

The PA has submitted requests for permits to the Civil Administration, and at the same time, has submitted to Israel’s High Court of Justice petitions demanding that enforcement proceedings be suspended until the planning process is completed.

The Civil Administration generally refrains from any enforcement against the illegal structures, allowing construction to continue. By the time the permit request reaches the hearing stage, the structure is built and in use, and the purpose for which it was intended, to create facts on the ground and wrest control of strategic points away from Israel, is achieved.

The Regavim Movement, which is at the forefront of the battle against illegal PA construction, has petitioned the court against several cases that are expected to be discussed in the upcoming subcommittee hearing next Sunday.

In each of these cases, the Civil Administration claimed that it intended to enforce the law at the site in question “in accordance with established enforcement priorities,” but it now appears that the Civil Administration intends to take steps to grant retroactive approval to “these land-grabs, essentially granting the PA an uncontested win,” Regavim said Monday.

The construction projects slated for approval cover some 500 dunams and hundreds of illegal structures, among them an illegal school built in the Nahal Makoch Nature Reserve in eastern Binyamin, an illegal village in northern Samaria dubbed  “Daher al-Malek,” built on state land slated for the growth of the Jewish community of Shaked, extensive illegal construction in the village of Walaja adjacent to the Gush Etzion Tunnel Road, illegal projects in in the village of Kisan in eastern Gush Etzion, and more.

The announcement on the Civil Administration’s move came just hours after Prime Minister Benjamin Netanyahu ordered the promotion of the construction of 800 housing units in Judea and Samaria.

It is unclear if Netanyahu’s announcement was a ploy to conceal the Civil Administration’s contradicting move, or that this is another instance of lack of orderly governance.

“While with one hand Netanyahu publishes headlines about expanding Jewish settlement with 800 housing units, with his other hand he approves illegal construction plans by the Palestinian Authority covering hundreds of dunams,” said Meir Deutsch, Director General of Regavim.

“The strategic implications are clear – and potentially catastrophic: The Jewish settlement enterprise is forced into tiny boxes, while the Palestinian Authority takes control of the open spaces, and receives Israeli approval to do so,” he warned.

The Young Settlement Forum accused Netanyahu of “spitting in the settlers’ faces. Rub your eyes and not believe – the ‘right-wing leader’ has lost it.”

“Netanyahu prefers to be a partner in the PA’s takeover plan and to launder criminal Palestinian construction in Area C,” the organization added. 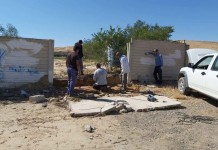 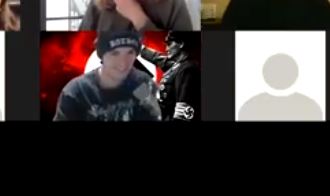 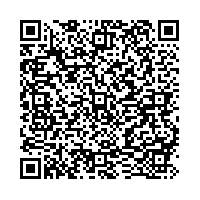