A medical emergency took a turn for the worst in the Jerusalem peripheral neighborhood of Givat Ze’ev last Sunday afternoon, where a recent Oleh had suffered cardiac arrest. United Hatzalah volunteers that arrived at the scene were informed that the man’s wife was a confirmed Covid-19 patient and she and their daughter was in isolation after being exposed to her mother.

The volunteers donned full protective gear before entering the premises and performing an almost hour-long CPR. They were soon joined by a mobile intensive care ambulance team whom they gave additional PPE suits. Unfortunately, the efforts of the combined team were unsuccessful.


United Hatzalah’s Givat Ze’ev Chapter Head David Israel, who also volunteers with United Hatzlaha’s Psychotrauma and Crisis Response Unit (PCRU), recognized quickly that the wife was not handling the situation well. Seeing that there were enough medical responders on hand, he contacted United Hatzalah’s dispatch and told them he was going to provide the wife with psychological first aid.

“When the CPR was about to be called off, I saw the wife getting very agitated,” David recalled. “I began to help her and her daughter in full protective gear, something I had never done before, and it felt awkward at first, but I managed to convey to the wife and her daughter that I was there for them and would stay with them until they no longer needed my help.”

Fulfilling the promise required a great deal more time than is usually allotted in a regular PCRU treatment. David discovered that the small family was relatively new to Israel and neither her nor her grown daughter spoke Hebrew very well. He used his good connections with the Chevra Kadisha (burial society) and organized the details involved in transferring the body and the funeral, with everyone involved wearing full protective gear at all times.

The man’s death was called in the middle of the afternoon and the funeral was held at 7:30 PM on Har Hamenuchot.

David then had to overcome a new problem: both being Covid-19 patients, the mother and her daughter were confined to quarantine and forbidden to attend the funeral. He contacted United Hatzalah’s operations department and arranged for an ambulance to transport both mother and daughter to the cemetery so that they were able to attend. There was one problem David was unable to overcome: the couple’s son lives abroad and does not have Israeli citizenship, which meant he was not allowed to enter the country for his father’s funeral.

“At the funeral, the wife and daughter needed to stay completely isolated,” David related. “We opened one of the ambulance’s doors, but other than that, they had to remain inside at all times. We helped them remain as comfortable and dignified as we could under the circumstances. When it was over, the ambulance took the mother and daughter home.”

But the mission was not yet over. The family was entering their Shiva week bereft of the provisions they would need to get through it. “We provided them with the low, folding chairs, Neshama candles, and books, and any other supplies they would require for the period of mourning.”

David concluded: “To give a full level of care goes beyond just performing CPR or providing medical assistance. In this instance, we assisted with CPR as well as with emotional and psychological care, funeral arrangements, transport, and everything they needed during their period of mourning. We had to provide an entire envelope of care for this family who had no support network, and that is what we did.”

David and the Givat Ze’ev community of volunteers are staying in close contact with the family over the shiva this week and will assist them as needed with their recovery from Covid-19 and continued recuperation.

May God comfort them along with all the mourners of Zion and Jerusalem. 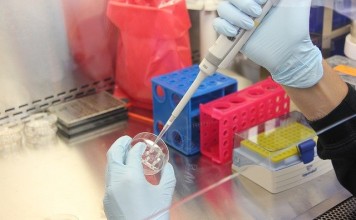 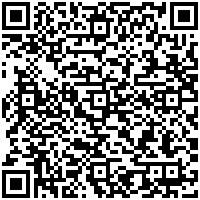