IDF forces scanning Joseph’s Tomb in Shechem discovered an explosive charge set up to be activated by a remote cellular phone. A crowd of an estimated 1,000 Jews were praying inside the holy site at the time, all of whom had prearranged their arrival with security forces.

The bomb was neutralized in a controlled explosion.


Arabs out on the street threw stones at the arriving and departing buses that brought the Jewish worshipers to the site. No one was hurt, but one bus was lightly damaged.

Meanwhile, two weapons were seized overnight Tuesday in an operation of an IDF force from the Binyamin Regional Brigade and the Border Police, in the village of Silwad, located 7.5 miles north-east of Ramallah, about 3 miles away from the Shechem–Jerusalem highway.

In September 2000, local Arabs attacked Joseph’s tomb, burned the yeshiva there to the ground, set all its books on fire and painted the dome green. 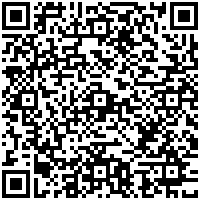