The United Nations Relief and Works Agency for Palestine Refugees (UNRWA) has terminated the employment of more than 100 staff members in its facilities in Jordan, according to Jordanian newspaper Al-Ghad. Out of a total of 2 million “refugees” registered with UNRWA, some 350,000 reside in 13 camps across Jordan.

The massive layoffs are a result of the financial impasse inflicted by the US administration’s refusal to transfer funds to the UN agency, Al-Ghad reported. UNRWA staff have been reducing services, and plan a January 21 sit-in in front of the US Embassy in Amman.


Sources familiar with UNRWA told Al-Ghad that the agency’s administration “has decided to terminate services to its Palestinian refugees, including schools and clinics.” UNRWA is apparently already facing a $174 million deficit since the beginning of 2018, due to Washington’s withholding its donations to its operating budget.

The United States is currently withholding its entire estimated annual assistance of $370 million, being the Agency’s largest donor. The Trump administration’s reluctance to transfer $125 million of that amount, which is due this month, is adding to UNRWA’s ongoing financial distress, since the agency has been dragging a deficit of about $49 million from 2017.

The same sources added that the agency’s move “covers all 13 camps distributed throughout the Kingdom,” citing a letter sent on Monday by the Director of Operations of UNRWA in Jordan, and discussion during an emergency meeting held on Sunday in Amman and chaired by the Commissioner-General of UNRWA, Pierre Krineball, and the directors of operations of the five UNRWA regions—Jordan, Syria, Lebanon, Judea and Samaria, and the Gaza Strip.

All of the employees in question are themselves defined as “refugees,” according to the unique UNRWA yardstick which assigns refugee status to people living where they were born.

UNRWA has also decided to suspend training and workshops, and eliminate all overtime pay to its estimated 30,000 employees. There is also a hiring freeze on new employees, including temps. 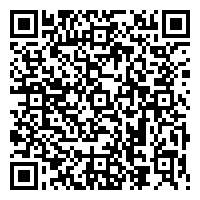