Three young Arabs, including a member of Saraya al-Quds, the military wing of the Islamic Jihad, were shot by an IDF special force in the Burqin Valley area, west of Jenin’s refugee camp overnight Sunday, Al-Quds.com reported.

Eyewitnesses told Al-Quds.com that Israeli units infiltrated the Burqin Valley area using PA-registered vehicles, and deployed in the vicinity of Nissan Park and among the olive trees in the vicinity of Jenin refugee camp. According to the same witnesses, as soon as it was discovered and identified, the force came under “insane” fire and fired back, wounding the three young men, including the wanted Adnan Azaiza, 27, who was hit with a live bullet in his abdomen.

The director of Ibn Sina Hospital, Dr. Jani Gokha, told Al-Quds.com that three wounded people arrived at the hospital, one of them with a bullet wound in the abdomen and in critical condition, and entered the operating room. A second man was hit in the chest, and the third was shot with two bullets in both of his feet while driving his motorcycle. 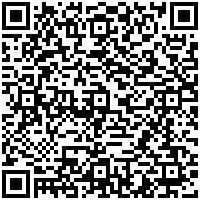