Israel’s Finance Ministry on Wednesday announced that it was canceling its plan to grant a tax exemption on fuel to accredited international aid NGOs operating in the Palestinian Authority.

The Finance Ministry’s announcement followed sharp criticism by Im Tirtzu, Lavi, the Choosing Life Forum of Bereaved Families and NGO Monitor, which accused the international NGOs of working against Israel and urged members of the Knesset Finance Committee to block the plan.

The vote on the tax relief was set for Monday this week, but was postponed after members of the Finance Committee echoed the concerns raised by the pro-Zionist advocacy organizations.

On Wednesday, the Finance Ministry announced that it was canceling its plan altogether.

The groups that were slated to receive tax breaks included Diakonia and Mennonite Central Committee, which fund NGOs that support BDS and have ties to terrorist groups; as well as Lutheran World Federation and Catholic Relief Services which promote highly politicized, anti-Israel rhetoric and projects.

“This was an anti-humanitarian act against the people of Israel,” said Likud MK Keti Shitrit, who was among the leading members of the Finance Committee to oppose the measure.

Likud MK and former Mayor of Jerusalem Nir Barkat, who also led the opposition to the measure, stated: “Organizations that support terrorism and work against the state will receive fines rather than rewards.”

Opposition MK Bezalel Smotrich (Yamina) also criticized the measure and called on the government to “wake up and not give a helping hand to the fight of anti-Semites against the State of Israel.”

Im Tirtzu praised MK Shitrit and the members of the Finance Committee who supported her for their staunch efforts.

“It is unfathomable to help those who work day and night to harm Israel, and we will continue working hard to ensure that this never happens again,” Im Tirtzu stated. 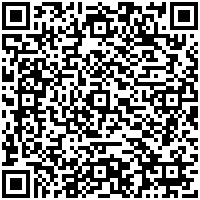