Senior Palestinian Authority official Jibril Rajoub cursed out two young Israeli border policemen at the Cave of the Patriarchs in Hebron on Wednesday, from behind the safety of his bodyguards.

Rajoub, who serves as Secretary of the PA’s Fatah Central Committee and chairman of the Palestinian Football Association, exploded in anger from behind his security detail when the delegation was asked to move away from the security barriers.

“You calm down!” he shouted at the male Israeli Border Guard Police officer, who hadn’t raised his voice once. “You’re a crazy person, you are!”

The second police officer, a female about half the size of Rajoub, intervened. “Move along,” she said in Arabic.

Hiding behind the safety of his bodyguards, Rajoub instantly turned on her. “Sssssssssssssssssh. Shut your mouth!” he shouted. “Go to hell. You both have a lot of nerve.”

The young policewoman did not back down. “If you don’t want a large police involvement, you’ll keep moving,” she warned.

At that point, several other additional male police officers came to join the group. “Move away from the security barrier,” one said briskly to Rajoub and his bodyguards, and then spoke into his radio, making it clear he was calling for backup.

Immediately, the “delegation” took the hint, gathered its members, and left. 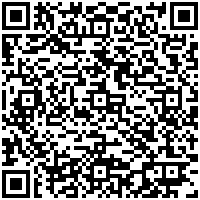